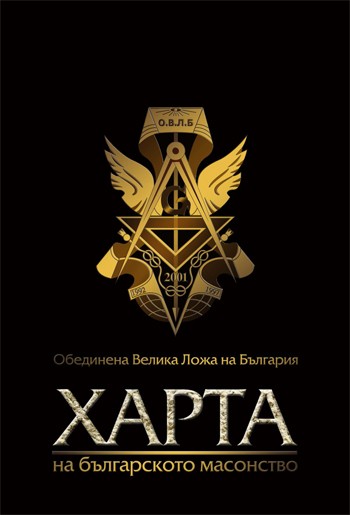 Grasped from the depths of world civilizations, the imperious cry for human perfection, seeing the primordial truth of the abyss, standing between the grandeur of the spiritual and the daily routine of the material, filled with the insight of painfully difficult construction and reckless easy demolition, being charged with the willingness to accept any challenge to the human race as their own, has accepted the command to work constantly for the triumph of Beauty and Truth over the brutality and prejudice of the world, heeded the wise example of the strength of the bundle of sticks as the archetype of the brotherly chain compared to the weakness of the lonely twig, which overcame the break resulting from hasty growth, but remembers too the wounds from their fall; suffered the pain from the blows of public distrust, but also remained intact by their strength, standing like a barricade around the pedestal of the free spirit, but having commanded themselves to take each step forward into the Great Construction of the Universe with great humility,

Bulgarian Freemasonry, in unison with contemporary world Freemasonry, practiced for over three Centuries, declares its undiminished dedication towards the proclamation of its undeviating adherence to the values of life, and thus declares that:

And as a result of everything outlined above:

This Charter was accepted by the Regular Assembly of the United Grand Lodge of Bulgaria, held on the 21st March 2009 in the town of Stara Zagora.